Mercenary or Patriot–Which Should You Hire? 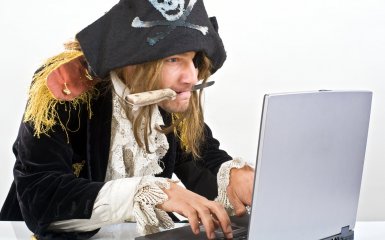 When you’re hiring, think beyond the skills and experience a candidate might have and assess whether you want a patriot or a mercenary.

When you’re thinking about hiring people, especially those in mission-critical-type positions, you need to use caution because the stakes are so high anytime you make a bad hire. But beyond whether they are an A, B or C Player and the skills and experience a candidate might have, you also need to assess whether they are a patriot or a mercenary. Let me explain.

The Patriot
Patriots are employees who seek to join your company because they believe in your organization’s purpose and mission. They want to contribute to the cause. Maybe they are drawn by what your company does or how you do it because it resonates deeply with their own personal beliefs. This can be a very powerful draw for some job candidates, many of whom might even be willing to make personal sacrifices like taking less pay, relocating their family or even working long hours for the opportunity to be part of your organization. Patriots are also deeply loyal to the organization and tend to stick around even when times are tough and the bullets start flying. We often see startups filled with people like this who choose a job based on its higher purpose rather than higher pay because the organization doesn’t yet have the resources to offer much in terms of compensation.

The Mercenary
Mercenaries, on the other hand, choose their next job based on how it will benefit them as an individual. You can identify a mercenary right away just by looking at their resume, where you’ll find lots of short tenures and plenty of job-hopping – something that’s common in job areas like sales and software developers. That’s not to take anything away from a mercenary’s skills: they are usually very talented and in demand. The tradeoff is that, unlike the patriot, if a mercenary’s personal needs aren’t being met, they are likely to jump ship at the first sign of trouble. Usually, they are just there for the money.

Why The Distinction Matters
One reason its critical to understand whether you are hiring a patriot or a mercenary is that your choice will impact your culture. Patriots are the people who live your culture on a daily basis and do things the way you want them done. Mercenaries, on the other hand, don’t always think the rules apply to them – especially if they are producing results.
While mercenaries can be very valuable to the growth of your company, you need to understand that they also carry a risk to your culture – at least depending on your business model. If you run a bond trading firm, for example, you might rely on a staff of 100% mercenaries – and that’s a good thing. But for most of us, especially those of us who want to build a company and a culture for the long haul, we need to be careful about how many mercenaries we have on staff relative to our patriots.

Consider the example of a company a friend of mine owns that operates in the government contracting space. It’s a tough business that relies a lot on relationships and social networks to be successful. That means that having a top-notch business development person is critical to any company’s ability to land new business. These folks have a very specialized, and valuable, skill-set – which means they can be hard to find and retain.

In the case of my friend’s company, he was fortunate to hire one of the best business developers around. And this guy delivered: he landed several large orders for the company (that he was well compensated for, by the way.)
But it also became apparent that digesting the work involved with those contracts was going to take my friend’s company at least a year to work through before they would be able to go out and bid on any new business.

Guess what happened? My friend’s business developer jumped ship rather than risk earning less by waiting for the company to chase new work.
This is a classic case of what happens when you hire a mercenary versus a patriot, someone who would have been willing to shift roles or jobs in the interim as a way to stay with the company and be part of its success over the long haul.
Both patriots and mercenaries can play important roles in your organization’s success. Just know what you’re hiring up front so you can plan best for the long run of your company.